Test of Strength In Pongau 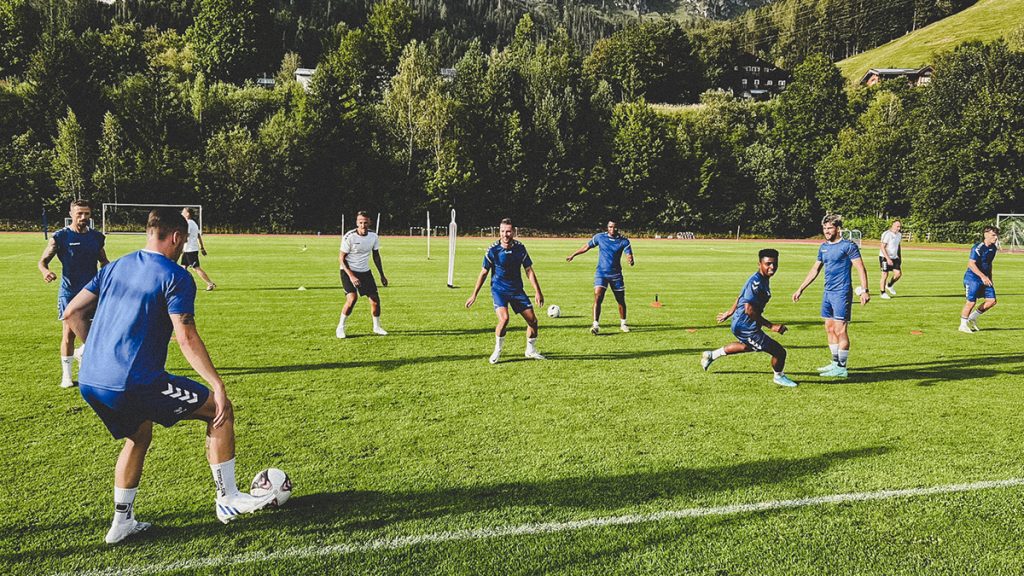 The Pinzgauer want to confirm the home win against SV Kuchl in the Pongau and return to winning ways on the road.

Alexander Schriebl’s team is currently in fourth place with a game in hand and would like to keep up the pressure on the leading trio with an away win.

Semir Gvozdjar (6) and Tamas Tandari (5) are again expected to ensure this, with both having scored 11 of our 13 goals so far this season.

Turn-und Sportverein St. Johann im Pongau was founded in 1949 as a gymnastics and sports club with a football department. Their biggest achievement was to win the Salzburger Landesliga in 1970 and then spent two years playing in the Regionalliga West, which at the time was the second tier of Austrian football.

In 2007, the football department broke away to become an independent club, which was later renamed TSV McDonald’s St. Johann to include the name of it’s main sponsor. They became champions of the Salzburger Landesliga – by now the fourth tier – shortly afterwards in 2007/08 and have been plying their trade in the third tier ever since.

Alessandro Ziege, Raphael Streitwieser, Ratan Dudaew and Marcell Toth are slowly returning to training, but still not ready for action. Moritz Eder returns after his suspension.

While the previous week the personnel cover was thin, the situation is much more relaxed for the seventh match of the season with four regular players returning to the squad.

Max Mariacher: “A very difficult away game awaits us, especially since we have always struggled in St. Johann so far. After a very appealing week of training, however, we are very optimistic going into the Pongau. We know that it’s going to be a fight, and we’ll have to be ready for it right from the start. With their two strikers, St. Johann certainly has two trump cards in their hands that can hurt an opponent. We have done our homework and want to put in our best performance again.”

Another notoriously difficult opponent for FCPS, winning only four from 21 matches in our history.