Away game in Bischofshofen 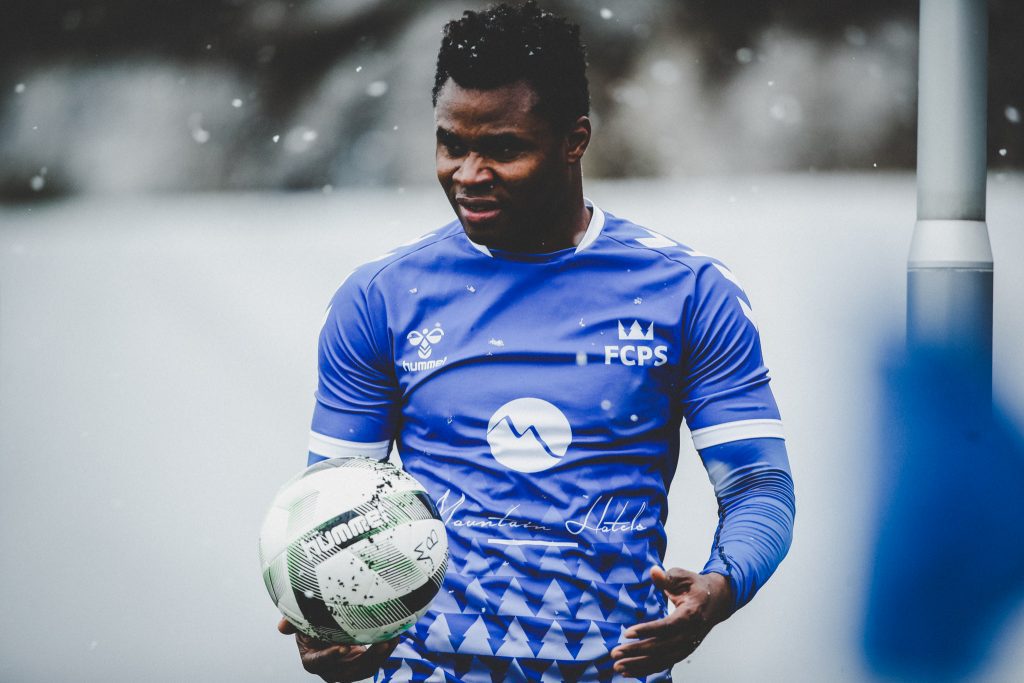 Founded back in 1933, Sportklub Bischofshofen are among the most storied clubs in the Regionalliga Salzburg. The real glory days came between the mid-1950s and mid-1970s, a period during which the Blues & Whites became state champions of Salzburg nine times and even achieved promotion to the Austrian top flight in 1971. But the Nationalliga, as it was known at the time, proved to be a step too far for the newcomers, who finished the 1971/72 season bottom of the table with only eight points (one win and six draws).

Several relegations followed in the ensuing decades, with the club reaching their lowest ebb when they dropped down into the fifth division in 1999. After the best part of 20 years languishing in the backwaters of Austrian football, Bischofshofen recently achieved two promotions in close succession and have been back in the third tier since 2018/19.

FC Pinzgau Saalfelden defender Alessandro Ziege is available again after overcoming an injury, while Joao Pedro and Sebastian Handlechner are recovering from illness and could feature if they are given the green light on game day. But Lukas Moosmann is not yet ready to return, and Jonas Schwaighofer is suspended following his dismissal at the weekend.

Bischofshofen’s top scorer in the regular season, Dutchman Mounir Mounji, has continued his good form in front of goal this spring and found the net two times in his last two appearances. His team-mates include goalkeeper Mirel Kahrimanovic and midfielder Mirnes Kahrimanovic – both cousins of FCPS defender Denis.

FCPS, who occupy third place with 19 points, will go into this match with a point to prove, having lost back-to-back league home games for the first time in 18 months. In contrast to their regular-season form, however, they have not yet lost on the road this spring, with four points from their two away matches – though the win against Wals-Grünau was awarded to them after the league’s bottom club cancelled the opening fixture.

Opponents BSK, two places and five points further down the table, narrowly lost their spring opener to Kuchl, but have since beaten Wals-Grünau and drawn with Grödig. Their home record is strong as well: they have not lost on their own patch to a team outside the regular season top two – TSV St. Johann and Austria Salzburg – since mid-September 2020.

The Mountainous Pine Blues have historically fared well against Bischofshofen: they have seven wins to their name versus only two defeats, while almost half of the previous clashes (eight out of 17) have ended in stalemate. Earlier this campaign, FCPS drew 0-0 at Sportplatz Bischofshofen thanks to a stellar performance from goalie Kilian Schröcker, and then won the reverse fixture 2-0 on home turf.