Away game the first barometer 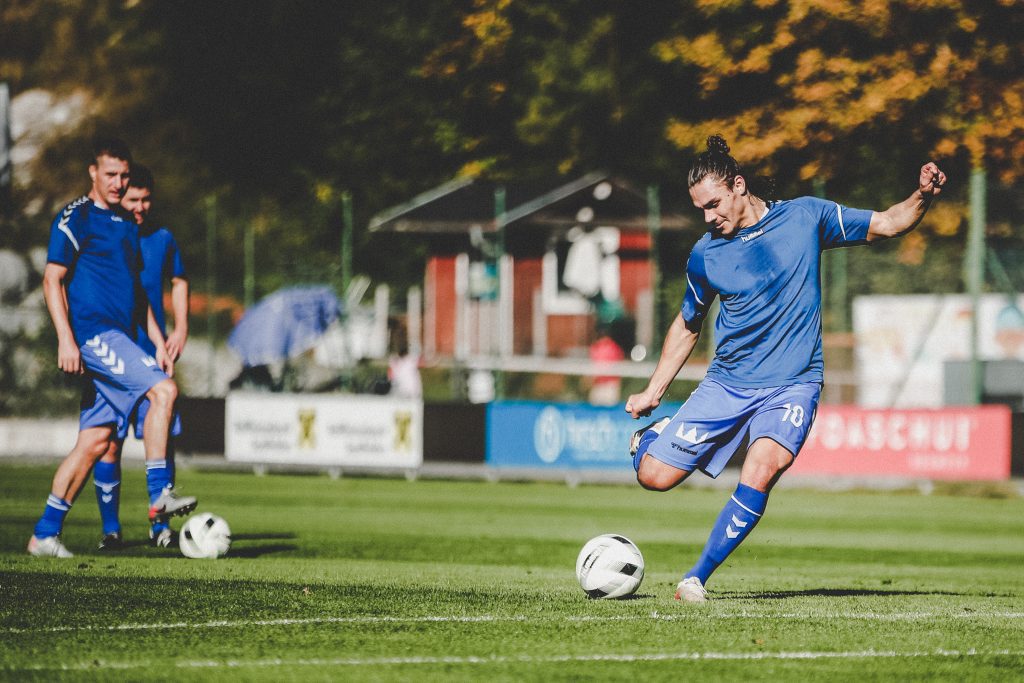 SV Grödig became a household name in Austrian football after gaining promotion to the Bundesliga in 2012/13. They finished third – ahead of the likes of Austria Vienna and Sturm Graz – in a stellar debut top-flight campaign under current Borussia Mönchengladbach coach Adi Hütter and even qualified for the Europa League preliminaries, although they were eliminated on away goals in the third round by FC Zimbru Chișinău of Moldova.

Hütter subsequently joined perennial champions Salzburg. Without him, Grödig finished a lowly eighth the following season and were then relegated from the top division in 2015/16. But rather than playing in the second tier, they opted to forego their professional license due to financial reasons and have played in the regional leagues ever since. Grödig were fifth in the Salzburg Regional League last term before the season was cut short by the pandemic.

FC Pinzgau Saalfelden head coach Christian Ziege will still be without centre-back Denis Kahrimanovic, who is back in team training following his cruciate ligament injury but is not yet ready to return to action.

Fellow defender Niklas Mühlbacher will miss out through suspension after accumulating five bookings, while midfielders Lukas Moosmann (match fitness after hip surgery) and David Rathgeb (travelling) will also be unavailable.

Grödig appointed a new coach during the winter break: Heimo Pfeifenberger, who has taken charge of SVG across three separate spells, was replaced in the dugout by 30-year-old Thomas Schnöll, the youngest head coach in the division by some distance.

FCPS will be reunited with a familiar face at the foot of the Untersberg mountain: former shot-stopper Stipo Colic now plays between the sticks for Grödig.

The Mountainous Pine Blues played four friendlies over the winter break, beating SC Kalsdorf 1-0 before losing 5-0 to FC Kitzbühel and drawing 1-1 with the Wacker Innsbruck reserves. They then beat SC Leogang 1-0 last weekend in a friendly that was organised at short notice after the league fixture against SV Wals-Grünau was cancelled due to coronavirus cases.

Opponents Grödig were in action last weekend, losing 3-1 at home to Seekirchen in Thomas Schnöll’s first competitive game in the dugout. During the winter break, they lost 1-0 to the Ried reserves before beating the Wacker Innsbruck second team 5-1. Like FCPS, they had a number of other mid-season friendlies called off.

Grödig have the upper hand in this pairing with seven victories, while there have also been four Pinzgau wins and four draws. The last time the two teams met at Das.Goldberg-Stadion in September, FCPS scored two goals in the final two minutes to claim a 3-3 draw – a result that proved to be a catalyst for their season and kickstarted a five-match winning run.