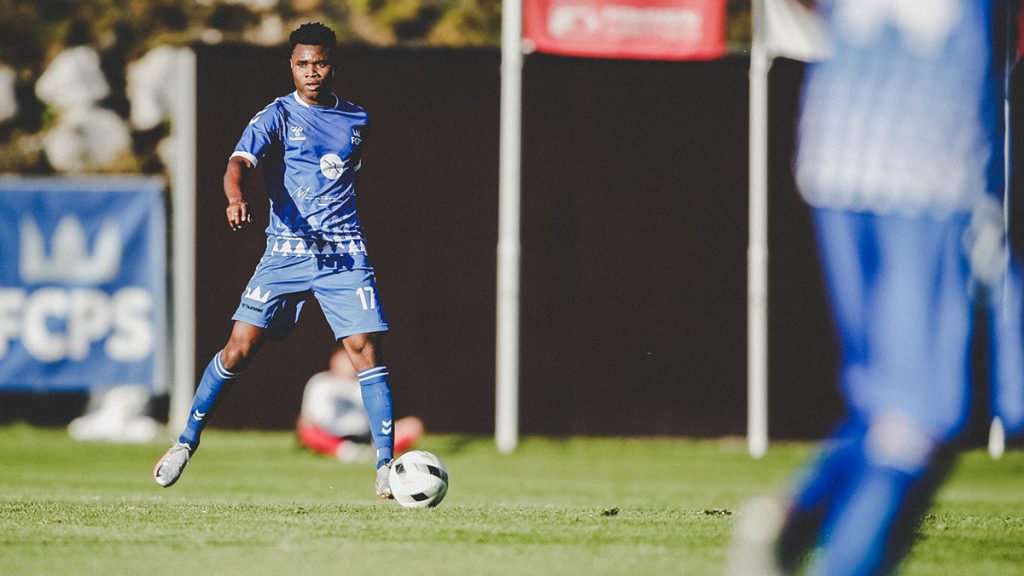 Despite producing a decent performance, FC Pinzgau Saalfelden succumbed to a 2-1 defeat in their Matchday 21 clash at home to SV Seekirchen on Saturday afternoon.

The Ziege Crew made a very ambitious start to their first home match of 2022, quickly seizing the initiative and imposing their game on SV Seekirchen. Within minutes of kick-off, the home side carved open their first great chance. Joao Pedro managed to escape his marker to latch onto a low through ball but could not get a decisive touch to steer it past the onrushing opposition goalkeeper. In the minutes that followed, the action seemed to revolve around Tamas Tandari. The captain first missed an opportunity from a narrow angle, before flicking a well-placed Mühlbacher cross into the goalie’s arms. Seekirchen then took a surprising lead with their first attack, with Aaron Boold Volkert smashing home from the spot. And the deficit might have been doubled a few minutes later had Kilian Schröcker not made a stunning flying save. Coach Christian Ziege’s charges stayed true to their approach and deservedly restored parity in the 35th minute after new signing Godswill Vadze lashed home Joao Pedro’s corner-kick. An audible gasp could then be heard around the Saalfelden Arena on the stroke of half-time as Nico Tezzele spectacularly clawed a long-range Tandari effort away from the corner.

The second period started the same way the opening 45 minutes had ended. Pinzgau continued to search for the fastest route to goal and used their good link-up play to cut through the SV Seekirchen ranks, though clear-cut chances were few and far between. But that was soon to change, as Vadze almost put his side ahead with a shot from a narrow angle that struck the foot of the post. The visitors were on the back foot by this point and were little more than bystanders as Christopher Fürstaller and Adjei had a go from distance. The Flachgau side only looked dangerous from corners, but took full advantage of one to go 2-1 in front through Fabian Büchele in the 70th minute. The home side, who had not been able to build on their strong first-half performance, threw everything forward as the game entered the closing stages, but it was not to be their day and an ideal chance to get the point they deserved went begging when Tandari missed a stoppage-time penalty.

“I’ll say it again: if you don’t score goals, you won’t win games. We played very well in the first half but could not build a lead for ourselves. We were no longer as convincing in the second 45 minutes but nonetheless created a lot of danger. The defeat is very bitter, especially as we could’ve at least secured ourselves a draw via the penalty and the rebound,” reflected Christian Ziege.