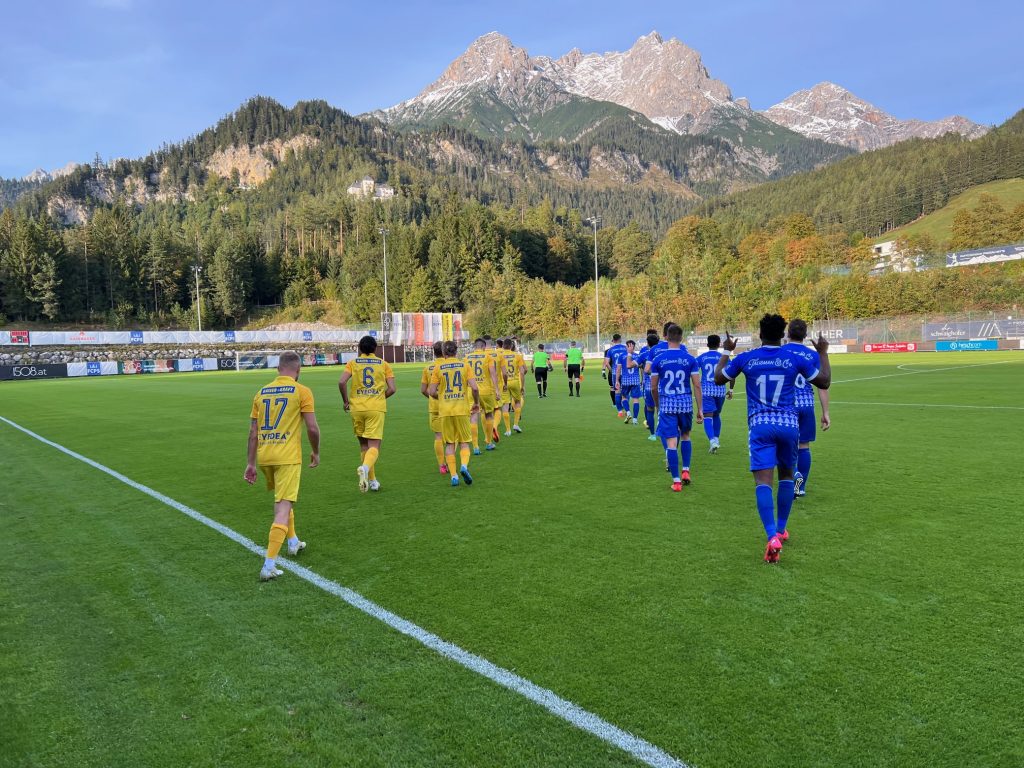 FC Pinzgau Saalfelden drops points at home for the first time this season on Friday night, having to settle for a 1-1 draw against SAK 1914 after a goal in stoppage time.

Alexander Schriebl’s team got off to a good start, quickly tearing the game to their side and creating the first big chance through Joao Pedro as early as the third minute. However, the Brazilian lacked the callousness in front of the goal and failed from close range. The guests from the Nonntal came from the tenth minute better into the game and found two good opportunities. Kilian Schröcker was the first to miss the first chance, while the second shot was just wide of the far corner. After just under half an hour, FCPS had their best chance to score so far: Felix Adjei shot from inside the sixteen, but Paul Mayerhofer showed a great reflex and prevented what he thought was a sure goal. The tempo remained high, but there were no more offensive actions worth mentioning.

The second half of the game could not have started better for the home side. With the first offensive action, FCPS took a deserved 1:0 lead through a well-considered finish from Gabriel. While SAK 1914 struggled in this phase, the Schriebl’s squad wanted to follow up. First, a lob from Tamas Tandari just missed its target, before the captain failed with his head to the goalkeeper and the bar. In the 69th minute it was again Schröcker, who could distinguish himself with a spectacular save. Practically in the countermove it came again to the duel Joao Pedro against Paul Mayerhofer. First, the goalkeeper scrambled a shot from the Brazilian out of the corner, before he fished a header from the cross corner. In a hectic final phase, the home side conceded a goal in the third minute of stoppage time. Constantin Resch scored from a free kick to draw 1-1.

“We played a good game today, but deprived ourselves of laurels in the end. Unfortunately, we were not able to close the bag early, which unfortunately fell on our heads in injury time. We’ll have to be smarter about that. The result doesn’t feel good at first,” said Alexander Schriebl, drawing an initial conclusion immediately after the game.