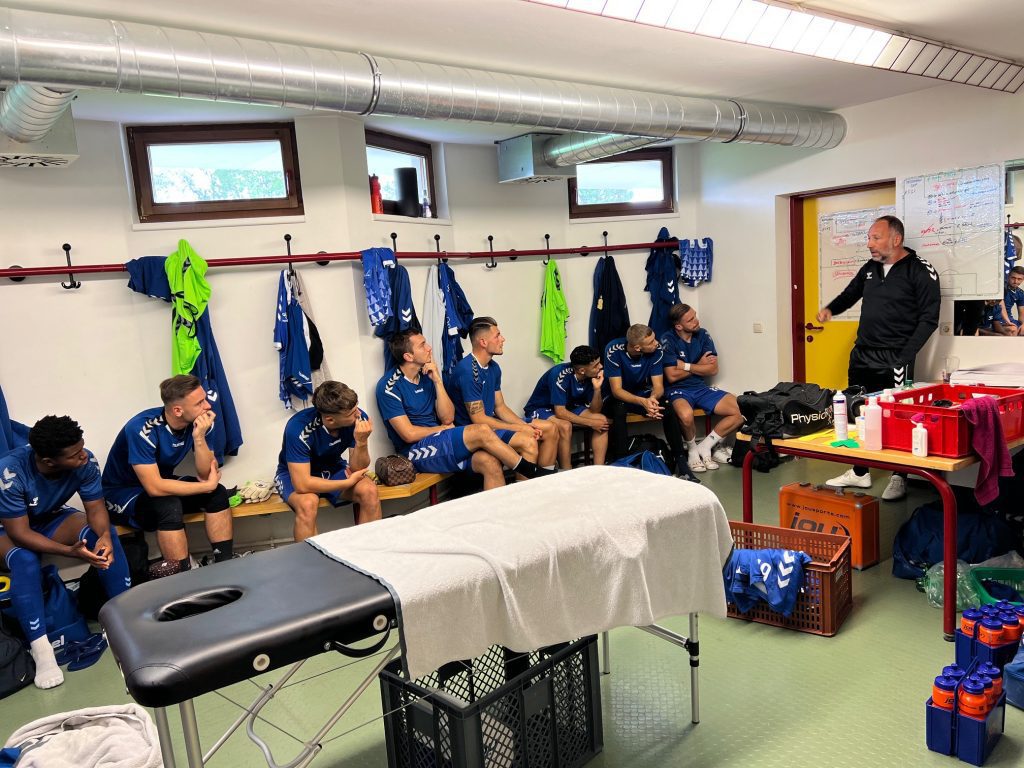 FC Pinzgau Saalfelden lost 1:3 against USK Anif suffering their fourth away defeat in a row. Raphael Streitwieser celebrated his comeback after a long injury break and was used for half an hour.

From the start, FC Pinzgau Saalfelden took command and should have been well and truly leading 2-0 through Marko Colic and Joao Pedro. But, as is often the case, the opponent put the score at 1:0 with the first shot on goal – Michael Perlak put his team in front. The guests continued to play, tying up the home team in their own half. After a standard situation, the advanced Michael Noggler was knocked down when scoring, but the whistle of the referee remained silent. On the counter-attack, the referee decided on a penalty kick after consulting his assistant. The crossbar was to save the Pinzgauers from another goal on the penalty kick. In the 23rd minute it happened for the second time, the Anifers successfully completed a quick counterattack through Daniel Leitz for a 2-0 lead at the break. In the second half, Pinzgau showed effort, but today had nothing more to oppose. Anif was also consistent and efficient in the second 45 minutes, used every opportunity for a dangerous advance and increased after a little more than an hour by Michael Perlak to 3-0. The home side determined the action and were always dangerous. The best chance of the Saalfeldener had in the 77th minute Raphael Streitwieser, whose conclusion just over the crossbar. In the final phase, Felix Adjei was able to provide a directly converted free kick for cosmetic purposes. In the end, FC Pinzgau Saalfelden suffered a clear and sensitive defeat in Anif.

“We were far too error-prone today. If you only get 30 percent of your performance on the pitch, it’s hard to win games. The first minutes were good, but we didn’t take advantage of our two chances. After conceding the goal, even though we tried hard, we didn’t really catch ourselves. In the end, the defeat could have been even higher. We have to process that first,” Alexander Schriebl draws a first conclusion immediately after the game.