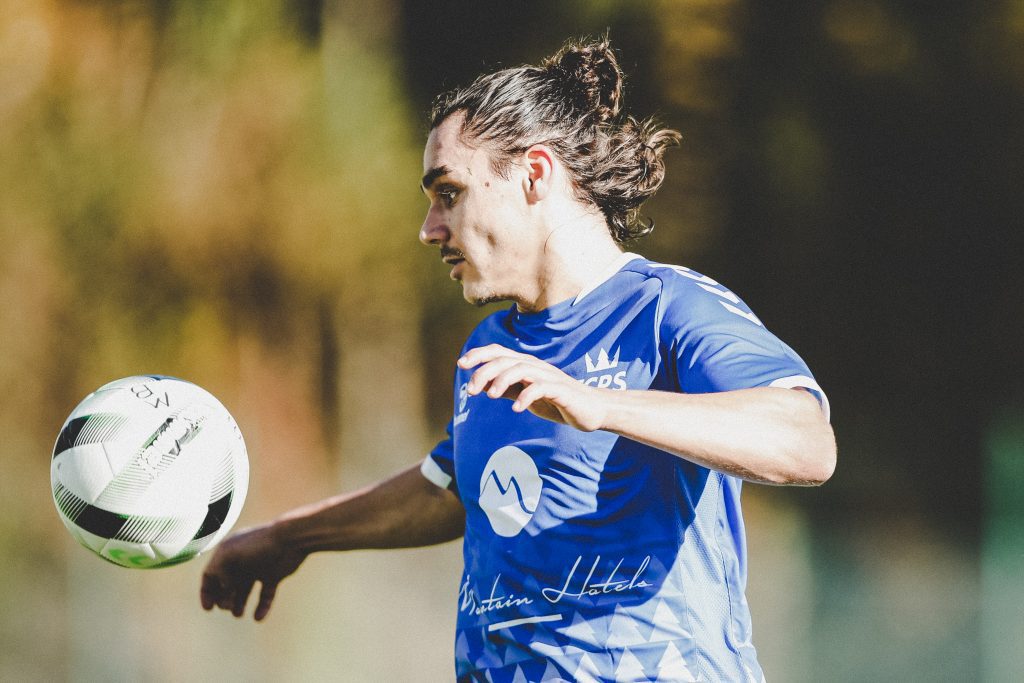 FC Pinzgau Saalfelden and SV Grödig both scored from the penalty spot as they played out a 1-1 stalemate on Friday evening.

One hundred and 40 days on from their last competitive game, FC Pinzgau Saalfelden went into their Spring Season opener at the foot of the Untersberg on Friday night in optimistic mood. Both teams tested the water in the opening stages, before the home side’s first dangerous attack saw them awarded a penalty kick for a foul committed by Alhassan Nupaya. Robert Völkl did not pass up the opportunity and fired into the net to make it 1-0. Christian Ziege’s charges, who only managed to complete two training sessions on the grass pitch throughout the entire winter break, struggled to find their way into the match. Numerous misplaced passes allowed Grödig to consistently threaten with quick counter-attacks. One such counter required Arnold Benedek to make a last-minute clearance, while Kilian Schröcker twice intervened between the sticks for Pinzgau. It was not until the 40th minute that the Mountainous Pine Blues went close, though Christopher Fürstaller dragged his shot narrowly wide of the upright.

In the second half, the visitors from Saalfelden had a better foothold in the game, won more tackles and were more present. But the first chance fell to the hosts, with Ousainou Surr thundering the ball against the bar. A few moments later, Niklas Seiler perfectly played in Tamas Tandari – but the captain’s volley was thwarted by the Grödig goalkeeper. A well-taken free-kick by Schwaighofer did not quite have enough either, but then Godswill Vadze was brought down in the box following a perfect ball from Raphael Streitwieser. Tandari comfortably slotted home the ensuing spot-kick to deservedly restore parity at 1-1. Felix Adjei had a chance to seal the win with a header in the closing stages but the ball sailed narrowly wide of the target.

“At the outset, we had an idea which unfortunately didn’t work in practice at all today. After half an hour, we changed things up, had much more of the game and created chances. But we saw that you can only be successful if you bring all the virtues that are important in football onto the pitch; 55 minutes is not enough. Now we have a week to do some fine-tuning so that we are perfectly prepared for the next home game,” said Christian Ziege.