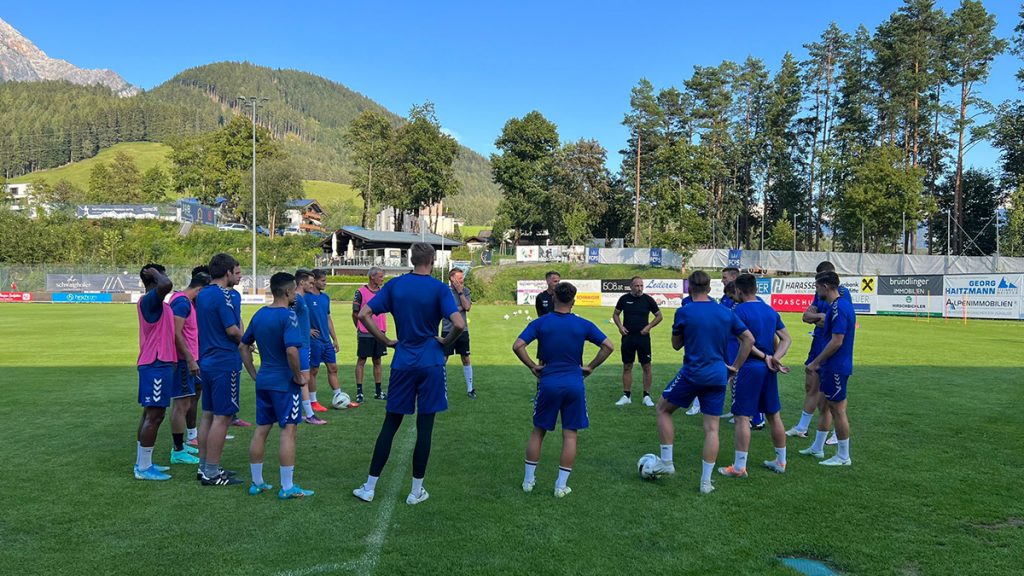 Schriebl’s crew wants to get back on the road to success at home. After the bitter defeat against SV Austria Salzburg, the Pinzgauers face another of our least favorite opponents. Tandari and Co. await an unpleasant and difficult to play squads, but look to maintain the triumphant form that kick-started our promotion campaign before last week’s side-step.

⏫ Opposition ⏫
Founded in 1954, SV Kuchl spent their early existence languishing in the lower leagues and even lost 23-0 to ASK Salzburg – still a club-record defeat to this day – shortly after their formation.

SVK did win four lower-league titles in the forty years that followed, but the most successful chapters of their history came after the turn of the millennium, gaining promotion to the Salzburger Liga, the fourth tier, in 2010 courtesy of a 7-3 victory over SV Schwarzach in the relegation/promotion play-off, going-up to the newly-created Regionalliga Salzburg in 2019.

SV Kuchl won the Salzburg Football Cup for the first time in the club’s history, securing an ÖFB Cup spot for a second consecutive season.

⏫ Team News ⏫
FCPS will have to do without several players this week including defender Moritz Eder due to his expulsion against Austria Salzburg, however Marko Colic has made a quick recovery from his opening week injury and may appear in a supporting role.

Alessandro Ziege has returned for the first time this week, while Raphael Streitwieser (ankle), Ratan Dudaew (knee) and Marcell Toth (ankle) have begun a cautious build-up.

⏫ Statement ⏫
“We meet with Kuchl next Saturday against an opponent who has performed very well in recent years. The Tennengauer are often unpredictable as a team and act dynamically on the field. We hope that we can build on our performances and quickly get back on track. Our goal is to play a good game – the rest will come on its own.”

⏫ Head-To-Head ⏫
Currently only two points behind the Mountainous Pine Blues, Sportverein Raiffeisen Kuchl have had the upper hand by winning four of six of our previous meetings. The last time the two teams met in April, a depleted Pinzgau won 3-1 at home.