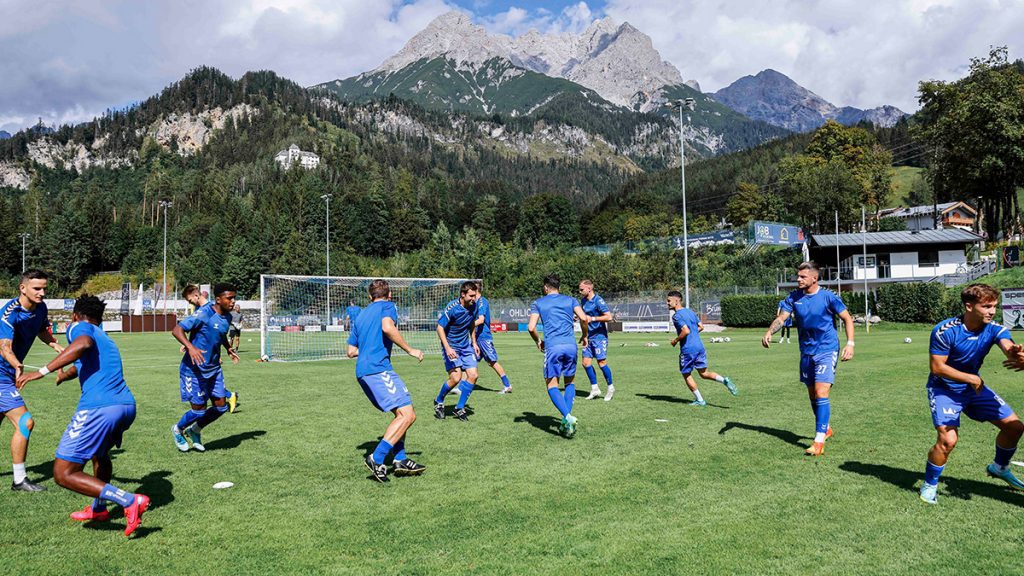 After four winless games away from home, the team was finally able to get back on track with the relief of a late winning goal by Semir Gvozdjar against bottom of the table UFC Hallein. The Wallerseer have played a strong season thus far and will be again, an unpleasant opponent. FC Pinzgau Saalfelden will have to build upon their home strength with third place on the line Saturday.

The kick-off of a Saturday triple-header at 1508 SaalfeldenArena, the Juniors will face FC St. Veit at 5:45, followed by the Women at 7:30pm against SC Golling.

SV Seekirchen, who are based in the town of Seekirchen am Wallersee, were founded in 1945 shortly after the Second World War came to an end. However, they spent the first half a century of their existence languishing in the lower leagues of Austrian football and it was not until 1997 that SVS climbed to the third tier for the first time in their history.

They spent the next few seasons yo-yoing between divisions, but have now been in the third tier without interruption since regaining promotion ahead of the 2002/03 campaign.

Several youngsters who came through the club’s ranks in the late 1980s and early 1990s went on to become household names in Austrian football, with Robert Ibertsberger, Andreas Ibertsberger and Thomas Winklhofer all representing their country on multiple occasions.

More recently, Stefan Lainer has excelled with Red Bull Salzburg, Borussia Mönchengladbach and the Austrian national team since coming through the Seekirchen academy.

Semir Gvozdjar is suspended after receiving his fifth yellow card in the last match.

“Seekirchen has had a very similar style of play for years and is a very aggressive team. I would even say they are the best team in the league when it comes to forward defense. It will certainly be a hard-fought match and we hope that the win against Hallein will bring back the lightness and solve the cramped acting on the pitch. In any case, we have to show a high degree of willingness to run, take on the fight and fully hold our own. If we succeed in doing that, we will find opportunities.”

Having won four of the last six meetings between the teams – including a 2-1 victory in April that ended FC Pinzgau’s 539-day unbeaten home run – SV Seekirchen have firmly established themselves as a bogey team for the Mountainous Pine Blues.

That recent superiority has edged them ahead in the overall head-to-head standings too: SVS have 11 wins, seven draws and seven defeats from their previous 25 encounters with the men from Saalfelden.