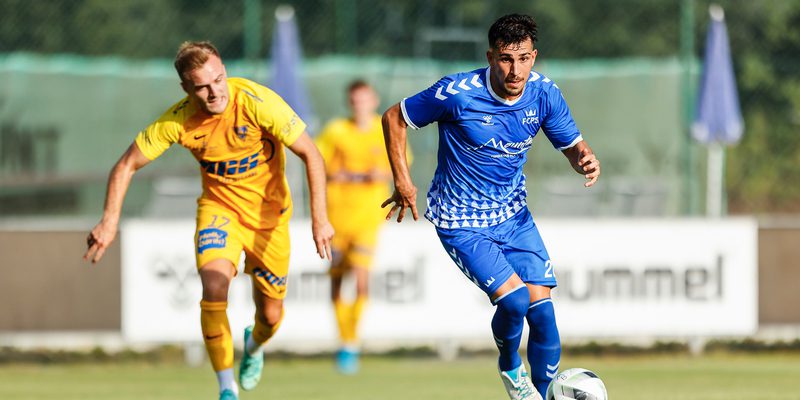 After a one-week forced break FC Pinzgau Saalfelden will return to action against USK Anif at the Saalfelden Arena. The Flachgauer side have been able to show what they are capable of in recent weeks, most recently recording a 3-1 victory against SV Kuchl and currently sit third place in the table. However, the Ziege Crew will look to build upon its home strength (3 wins and 2 draws) in the second meeting of the season. With one game less than most of their competitors, the chase truly begins if the Mountainous Pine Blues want to improve their situation heading into the final few games of the season.

STATEMENT
Christian Ziege: “Of course, it was a pity that the home game against Wals-Grünau was cancelled after the great success we had in the cup, so we couldn’t take the momentum with us or build on it. On the positive side, we’ve used the extra time and prepared as much as possible for our upcoming opponent. After the last two draws at home against St. Johann and Austria Salzburg, we will do everything to increase our points tally and record a positive result – a win would be very important for us at this stage.

MATCH TO BE BROADCAST LIVE
The clash against USK Anif will be broadcast in full via live stream at www.fcps.at. Additionally, the most important moments of the match will be able to be replayed immediately on-demand at https://fc-pinzgau-saalfelden.fan.at .

DATE FIXED
Last weekend our Regionalliga Salzburg Round 12 fixture with SV Wals-Grünau had to be cancelled at short notice. This week, the Salzburg Football Association has rescheduled the clash for Tuesday 19 October 2021 at 7:00 pm.