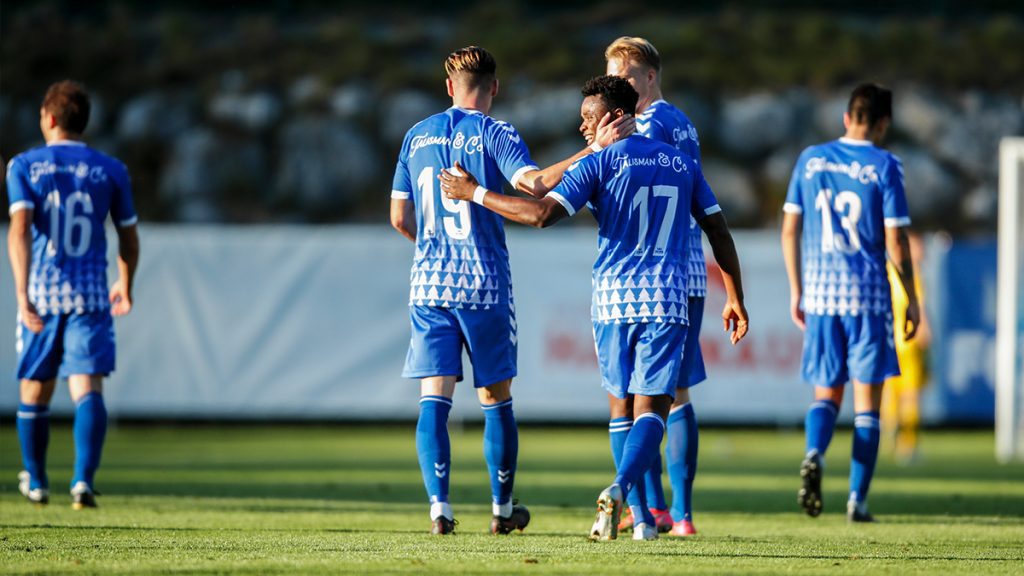 The regular season of the Regionalliga Salzburg is entering its final stretch with FC Pinzgau Saalfelden within touching distance of the all-important top two ahead of a vital double-header at the Saalfelden Arena.

This evening (Friday 15th) the current leaders TSV St. Johann and SV Austria Salzburg kick-off the Round 15 action so the Ziege Crew will have a better idea of the situation heading into tomorrow’s contest against Bischofshofen Sportklub 1933 and the rearranged match against SV Wals-Grünau on Tuesday 19th October (19:00 CET kick-off). Christian Ziege’s men could – with two home victories – catch-up on the leading duo and would be within striking distance before the last three rounds.

STATEMENTS
Christian Ziege: “We’re obviously happy with the points return from the last two games, even though we had to fight hard against SAK in the final period. The last couple of weeks have helped us to mature as a team and we have shown that we’re able to defend a slender lead. Against Bischofshofen, however, we can expect a completely different game. The Pongauers haven’t been at their best over the last couple of weeks but we are aware of their quality. We want to continue our improved form and be back in full force at home on Saturday.

Jonas Schwaighofer: “We want to take the positive momentum from our last two league games with us to the upcoming match against Bischofshofen. We are a strong home side and we have already managed to prove that several times this season. For us it was really important that we stood up to SAK in the final period and held on to the win. I’m confident we’ll be able to continue the way we have been going in recent weeks as a cohesive unit and grab the three points against our next opponent.”