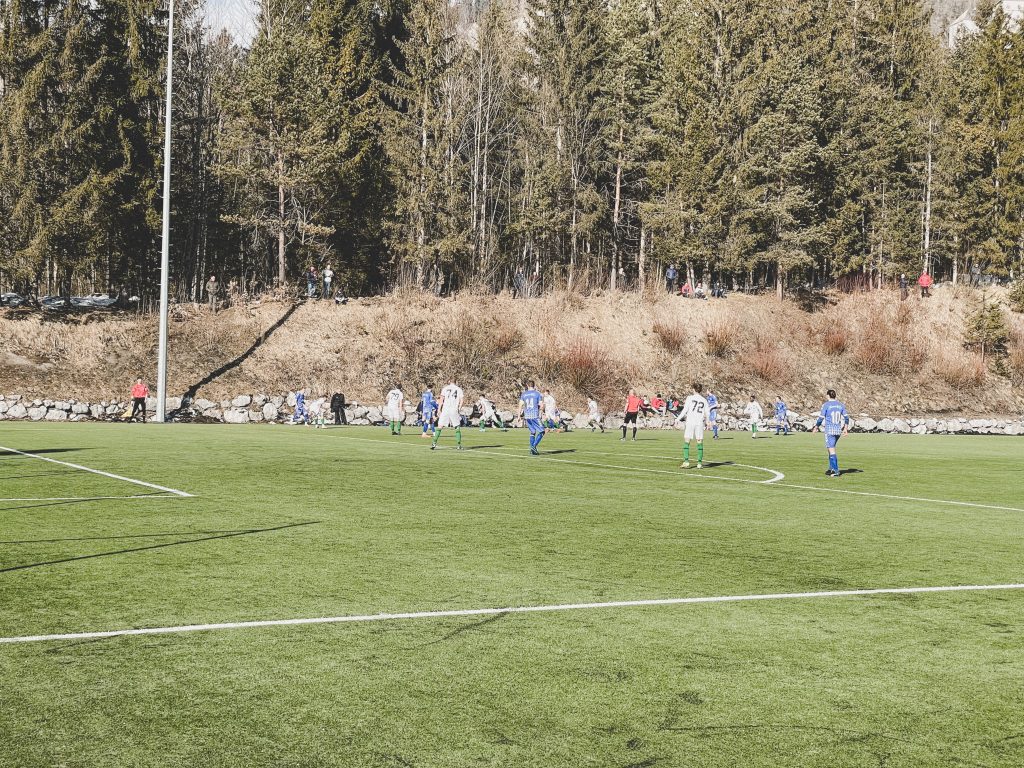 In brilliant sunshine on the Saalfelden Arena’s alternative all-weather pitch, the hosts started well and enjoyed the upper hand early on, but after a warning shot failed to open the scoring, the guests from Tyrol began to turn the tide. With the duels mostly going their way, it was a shot from 25 yards which first tested Pinzgau keeper Kilian Schröcker, who pulled out a big save to keep the scores at 0-0. Although Tamas Tandari had a good chance with a header, the Ziege Crew would soon concede at the other end of the pitch. Schröcker dealt well with an initial shot at his near post, but he was powerless to prevent the follow-up finding the back of the net to give the Innsbruck side a first half lead.

After the break FC Pinzgau steadied the ship impressively, and the first chance fell to Christopher Fürstaller not long after the restart. Less than ten minutes into the second period, Ratan Dudaew struck a shot into the side-netting, but he stuck to his task and soon found himself on the right, where the young attacker fired the ball in under the crossbar from the edge of the area, bringing FC Pinzgau back on level terms. Wacker Innsbruck weren’t done yet, and just after the hour mark they were unlucky to see a shot come back off the bar, yet the hosts reestablished their upper hand, and had the better of the closing stages. First, Fürstaller missed from a promising position, and he then tried his luck from range, to no avail. In the dying seconds Tandari was well-placed to score the winner, but he was denied at the last moment from close range.

Coach Christian Ziege: “On the one hand there were a number of positives on display once more, but on the other hand we saw a lot of room for improvement. The boys were up for it today and they gave it their all over the 90 minutes, even if we didn’t have the full complement of players to call upon. There are two weeks to go until the start of the league season, and we’ll make good use of that time.”