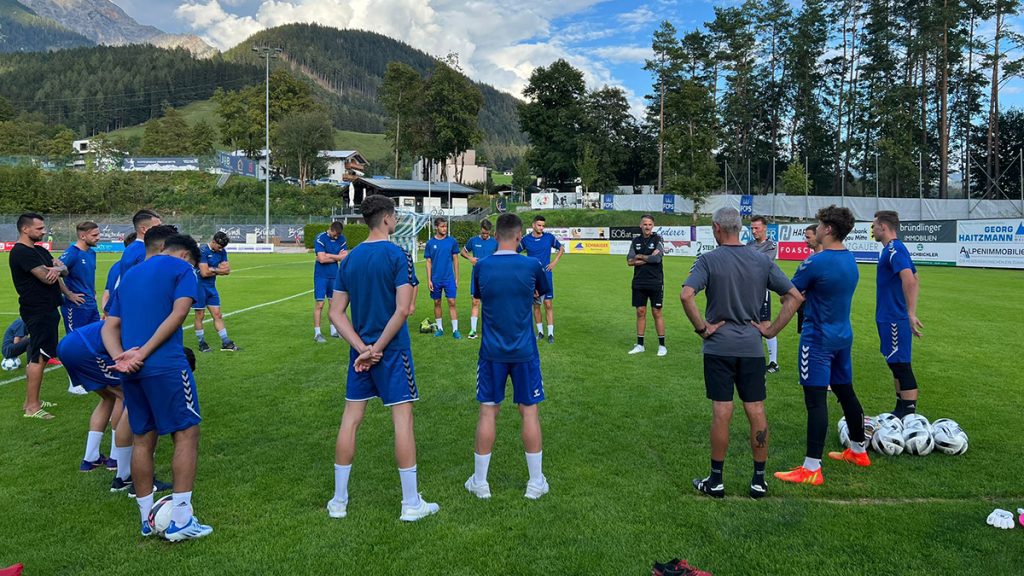 After the narrow defeat against BSK 1933 in the supplementary match of the third round, the next test awaits with the second of three away matches in the next eight days.

While still undefeated at 1508 SaalfeldenArena, against USK Anif, FCPS will want to put an exclamation mark on the away side again, find their way back to their old strength and take home something countable in a fight for fourth place.

USK Anif were founded back in 1947, but it was not until the 1970s that they began to make a name for themselves. Their greatest achievement came when they were promoted to the Austrian second tier in 1978, although they picked up only eight points all season – a record low in the division to this day – and were immediately relegated.

“The result in Bischofshofen hurt us, but we can’t change that now. We will again focus on a stable defense against Anif. The advantage of an English week is that you quickly have the opportunity to wipe out a defeat and get back on track. That’s why we’re looking forward to the duel in Anif. We just have to look at our things, regardless of who the opponent is.”

FC Pinzgau Saalfelden drew both matches last season, but highlighted by a last second, extra time goal by Tamas Tandari to draw 3-3 bringing an end of the season as well as Christian Ziege’s final match as trainer.

While David Hutter returns against former club, watch for the duel upfront with Manuel Roberto Golser scoring four goals in the campaign against Semir Gvozdjar and his seven.