Hard Day At The Office 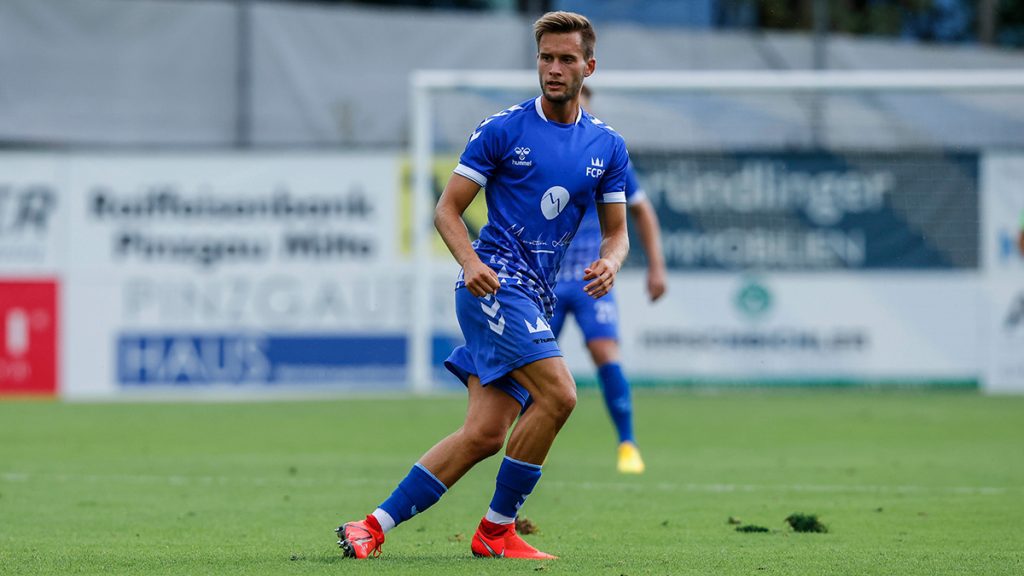 FC Pinzgau Saalfelden narrowly prevails at the bottom of the table SV Grödig with 2:1 and gets interim trainer Markus Fürstaller an important away win and second since taking over.

From the beginning, a match developed in which both teams had their moments. Both teams acted nervously in the early stages and lacked the final consistency – the half chances created on both sides were initially not to bring the desired success. In the course of the first half, the guests from Pinzgau got better and better into the game, provided from a stable defense for increasingly more pressure in the offensive. After a little more than half an hour, the goalkeeper of the home side could only deflect a shot by Semir Gvozdjar briefly. This was to take its revenge, as Benjamin Hutter was quick on the trigger and fired the rebound into the net for a well-deserved 1:0. Markus Fürstaller’s team stayed in it, created a few good opportunities and added to their tally after a corner. Moritz Eder took over the perfectly kicked corner from Philipp Zehentmayr on the volley and fired the ball into the short corner with a powerful shot for a 2-0 half-time lead.

The second half also started promisingly. After a straightforward attack, Zehentmayr tried his luck from distance, but the finish was too harmless. Practically in return, the home side proved to be more effective, as Matthias Finder reduced the score to 2:1 with a worthwhile flick from the edge of the penalty area. SV Grödig was now better in the game, tried to use the momentum and played boldly forward. However, the Pinzgauers held their own physically and stood compactly. In the 80th minute, Semir Gvozdjar was then brought down in the penalty area, but Joao Pedro was unable to convert the awarded penalty kick. In the final phase, it was once again exciting, but the guests defended the narrow lead and win narrowly but deservedly 2-1.

“The three points, of course, we take very gladly. We failed to close the bag at the end of the first half and made life difficult for ourselves. We weren’t that lively today, but we took the fight and fought our way through the game. After we scored the second goal, Grödig got the second wind and sensed that something could still happen. I’m glad that we managed to hold on to the narrow lead. That is the only thing that counts!” Markus Fürstaller draws a first conclusion immediately after the game.