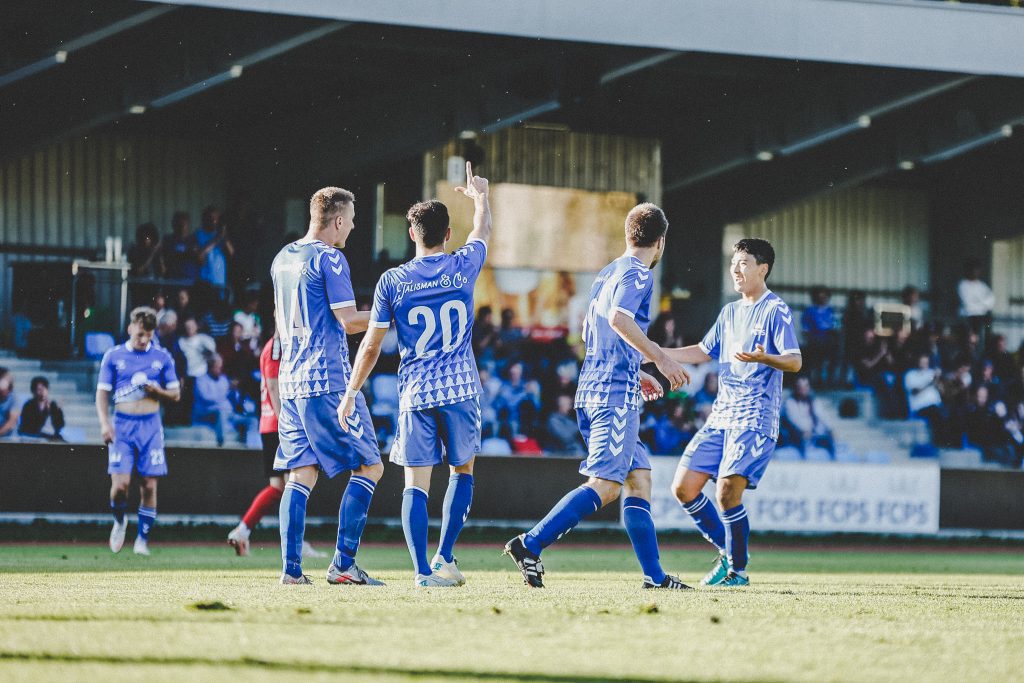 FC Pinzgau Saalfelden won their last home game of the regular season 1-0 against SV Kuchl. The three points mean the Ziege Crew finish the campaign with the best home record in the league.

The visitors from Kuchl made the brighter start to this game – played in ideal conditions at the Saalfelden Arena – and first threatened several minutes into the match when they struck the post from a tight angle. It was only after Daniel Kraft’s effort from long range that Pinzgau started to click into gear going forward. But a deflected shot from Niklas Seiler did not pose any problems for the opposing shot-stopper. Several minutes later, Jonas Schwaighofer went on a foray forward and missed the target by inches. Joao Pedro went one better around the half-hour mark, however. The ball fell to the Brazilian in the box and he did not think twice, firing into the bottom corner to give his side a deserved 1-0 lead. SV Kuchl created two major chances towards the end of the first half but could not manage to convert either.

The men from Tennengau were initially the livelier team when the second 45 minutes got under way and had several shooting opportunities. The Ziege Crew, who restarted the game without the injured Joao Pedro and later lost Schwaighofer to injury too, did have a lot of defensive work to do – but continued to make their mark going forward with some promising attacking moves. After some excellent link-up play in the 77th minute, Raphael Streitwieser forced the opposition goalie into action to keep out his strike. Tempers flared in the closing stages, with Kuchl often going into the challenges overly aggressively and provoking scenes of chaos in process. In the seventh minute of injury time, Tamas Tandari almost caught Tommy Plainer off his line from 35 metres out but was denied by the bar. Streitwieser’s follow-up was then spectacularly saved by the Kuchl custodian. In the end, FC Pinzgau Saalfelden managed to see out the victory and ran out 1-0 winners courtesy of a real battling performance, especially in the second period.

“We won the match today and secured ourselves the three points, even though we had some absences to contend with on the personnel front. That’s what counts at the moment. My team battled for the 90 minutes and dug in with everything we had left in the tank. Even in the chaotic closing stages, we did not allow ourselves to get rattled,” reflected Christian Ziege.