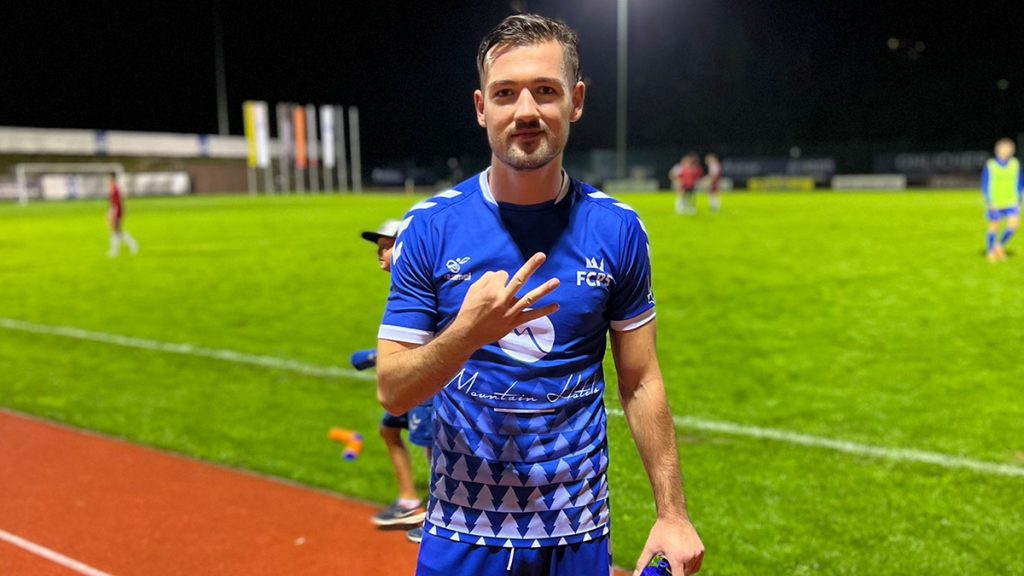 FC Pinzgau Saalfelden celebrates a well-deserved 3-0 win at home against SV Kuchl on Saturday evening and consolidates its position – with one game less – at the top of the table.

In heavy rain, a contested match developed from the start and the intensity was correspondingly high. Already in the opening phase, Arnold Benedek tried his luck with a long shot, but the midfielder’s attempt was too harmless. By return, the Kuchler also booked their first chance, but Adrian Sulejman’s finish just missed its target. The Tennengauer got better and better into the game, secured advantages and were the dominant team for a while, until FC Pinzgau Saalfelden found a double chance. First Semir Gvozdjar and Joao Pedro skilfully played their way through the Kuchl defense, but the Brazilian’s sharp Stanglpass found no taker in the center. Shortly afterwards, Marko Colic, making his comeback, took a shot from the edge of the box, but it went over the crossbar. In the 34th minute, the home side deserved to take the lead. Tamas Tandari cleverly held the ball and set up Gvozdjar perfectly. The offensive player did not need to be asked twice and flicked the ball into the net for an unstoppable 1:0 lead at the break.

The Pinzgauers were also very concentrated in the second half and showed a strong team performance. Even a long shot by Yannic Fötschl could not make the home side nervous, they tried to shape the game themselves. After a perfectly timed pass into the depth, Tandari was prevented from scoring at the last moment. In the 60th minute, FC Pinzgau Saalfelden was rewarded for its efforts. Captain Tandari was well through and crossed to Gvozdjar. The striker was in the right place and pushed the leather over the line for 2:0 – his fifth goal of the season. The Pinzgauers showed no weaknesses in the final phase either, staying true to their line and fixing the deserved 3-0 final score in the 87th minute with a converted penalty by Semir Gvozdjar.

“The first 20 minutes we needed a warm-up, then we got going better and better. The bottom line is a more than deserved home win, which could have been a touch higher. Once again, we kept a clean sheet and hardly allowed anything to happen. This gives us a broad chest again for the next tasks,” draws co-trainer Max Mariacher a first conclusion immediately after the game.