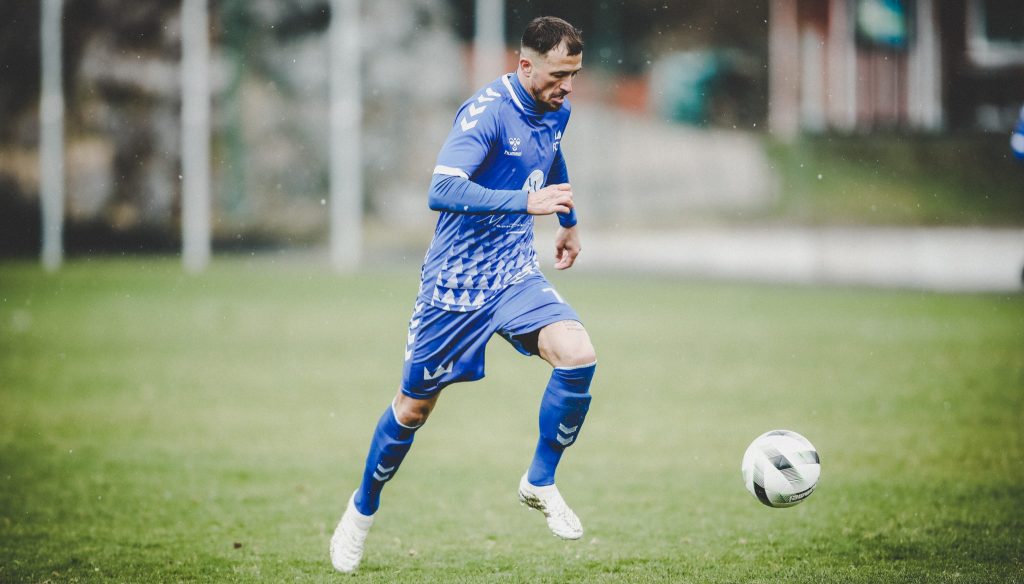 The Ziege Crew seized the initiative from the first minute and let their opponents chase the ball. In the opening stages, Anif limited themselves to defending solidly and working as a team to keep the space compact. As the match approached the quarter-hour mark, Tamas Tandari volleyed a perfect cross from Schwaighofer against the crossbar. A few minutes later, Godswill Vadze dragged his shot from a tight angle a matter of centimetres wide. The visitors went down the other end almost immediately and created their first chance, only for Daniel Leitz to draw a super reflex save from Kilian Schröcker. Then, on the 29-minute mark, the Ghanaian attacker went one better and gave his side a deserved 1-0 lead thanks to a lob from the edge of the box. As the half-time interval approached, Schröcker made another spectacular stop to thwart a powerful header and keep his team in front.

In the second 45 minutes, the hosts struggled to settle into their flow. Anif grew stronger, gained the upper hand and were more present in every aspect of the match. Their efforts were rewarded just after the hour mark when Manuel Golser restored parity thanks to a header from a corner. The visitors continued to apply pressure and it initially looked as though they might score again straightaway. But it was in exactly this spell that the Ziege Crew hit them perfectly on the counter: Jonas Schwaighofer took possession of the ball, went past his marker with a flick and drilled an unstoppable left-footed shot from 20 metres into the net to make it 2-1. The goal sparked Pinzgau back into life, and Tandari almost put the game to bed in the 75th minute following a great ball from Vadze. There was little in the way of notable action and major highlights in the closing stages, and FC Pinzgau Saalfelden ultimately held on to claim a deserved 2-1 victory on home turf.

“We’re very satisfied with the first half, we got a lot right and gave a good account of ourselves. The goal gave us an extra boost. We had a tougher time after the break and didn’t settle into the game. In a spell of intense Anif pressure, we were able to successfully hit them on the counterattack. The two goals came at a good time for us today. We’re happy with the three points, but the Kuchl trip is already in the back of our minds,” said Christian Ziege.