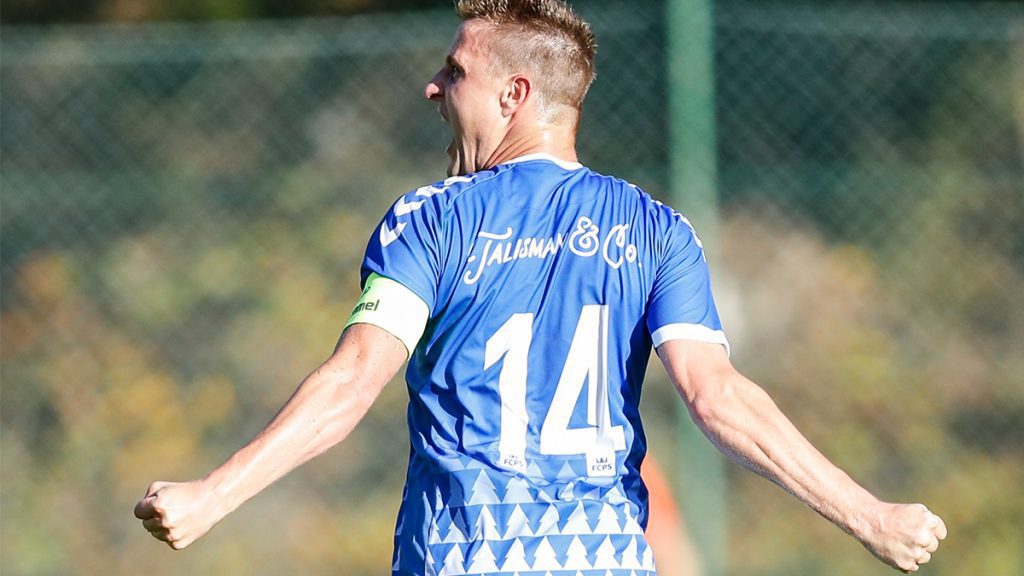 Despite the absence of the injured Jonas Schwaighofer, FC Pinzgau Saalfelden still managed to claim victory in their Matchday 12 rearranged fixture against SV Wals-Grünau and seal their fourth league win in a row. The 3-0 triumph on home soil keeps their promotion push alive, with the Mountainous Pine Blues now only three points adrift of second-placed TSV St. Johann with three games to go.

The home side were in the ascendancy from the off, and it was exclusively one-way traffic in the opening 45 minutes of the match. The men from Pinzgau won a series of corner-kicks in the opening stages, though they were unable to capitalise. Opposition goalkeeper Alexander Strobl made a decisive intervention following a through-ball into the path of Lukas Moosmann, but he was beaten a short while later. Tamas Tandari played a chest-high pass towards Joao Pedro, who did not think twice and curled the ball past the shot-stopper and into the net to open the scoring. After three further half-chances, Tandari comfortably slotted home on the stroke of half-time to make it 2-0.

The second period initially resumed exactly as the opening 45 minutes had ended. An attack down the left saw Moosmann cut the ball back into the danger zone, only for Christopher Fürstaller to squander a gilt-edged chance. Moments later, substitute Semir Gvozdjar had an opportunity to extend the advantage but the attacker’s effort was blocked at the last. The game was almost exactly an hour old when SV Wals-Grünau created their first big chance of the evening, though Niklas Mühlbacher put his body on the line and stopped the visitors from pulling a goal back. The Ziege Crew kept the pressure on as the match entered its final stages, continuing to look dominant and posing a goal threat until the final whistle with targeted forays forward – one of which culminated in Fürstaller scoring following a perfect pass from Felix Adjei to seal a deserved 3-0 home win.

“We again gave away few chances against Wals-Grünau today and overall, it was a more than deserved home win for us. We went about our business very well in the first half in particular, but were a little bit too passive for my liking in the second period. We wanted three points to narrow the gap to the top two and we’ve managed that. We’re therefore very satisfied,“ commented Christian Ziege.