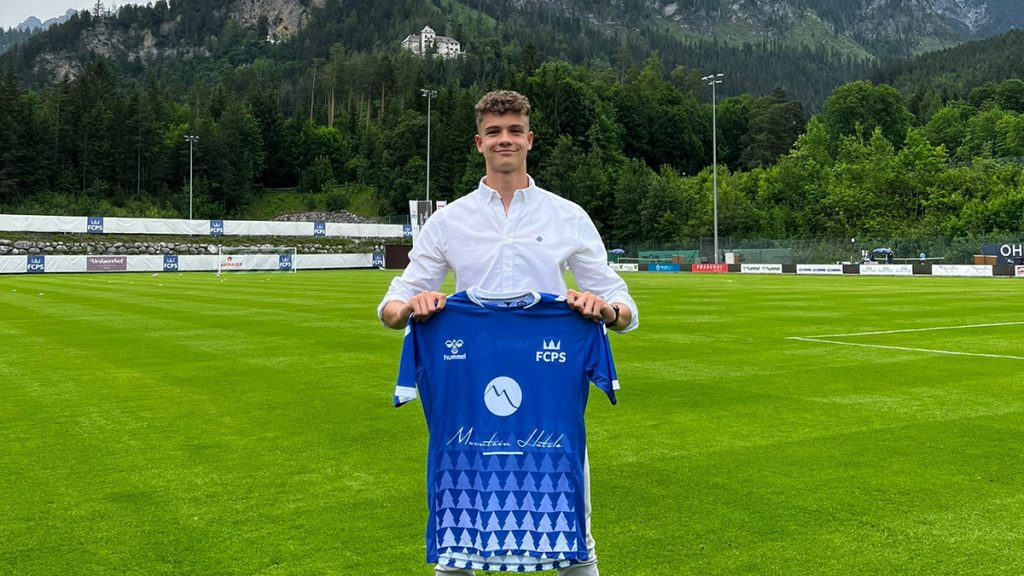 FC Pinzgau Saalfelden have followed up the signings of Philipp Zehentmayr, Gabriel Francisco Da Silva Lima and the two brothers David and Benjamin Hutter with another transfer and secured the services of Marcell Toth, who will join the Mountainous Pine Blues from Budai FC in the current transfer window. The 1.91m-tall attacking midfielder is regarded as a hugely promising player in his homeland and wants to take the next important step of his career in the Regionalliga Salzburg.

The 16-year-old will be joined by Ahmet Ekles, 17, who will return to the Pinzgau region and his hometown club from the SV Ried academy.

“Next season is a very important one for me and we made a conscious decision to move to Austria. I’m close to being called up by the Hungarian U18 national team and have been closely monitored in recent weeks. I see the third tier as a very good platform to show what I can do. I want to make the most of this opportunity and I’m very grateful for the trust I’ve felt from the first meeting. On top of the football, I want to soak everything up, get to know new people and mature as a person. I’m looking forward to my new surroundings and feel very positive about the future,” said 16-year-old Marcell Toth.

“We’re very happy to sign Marcell. He’s an aspiring player who’s in an important phase of his young career. We at FC Pinzgau Saalfelden would like to play a part in his journey and support him in a targeted manner, but also challenge and improve him. Based on the way he plays football and has presented himself as a person, he’s a great fit for us. It’ll be important for us to gel together quickly at the start of the season,” said Christian Ziege.