Rearranged fixture next on the agenda 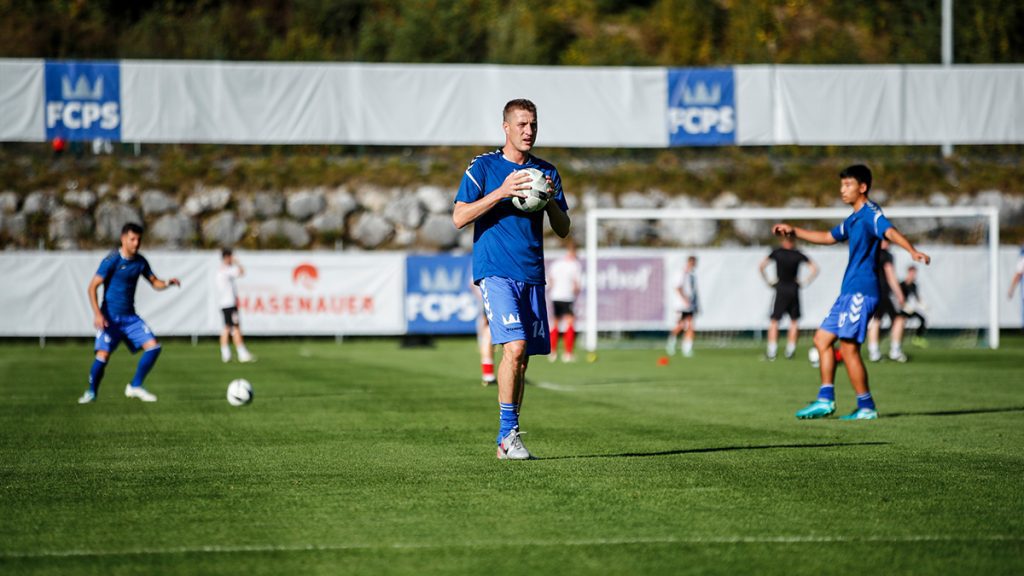 The Ziege Crew will be hoping to take the positive momentum from their last four matches – each of which have ended in victory – into their all-important rearranged clash with SV Wals-Grünau. FC Pinzgau Saalfelden have not only made a strong impression going forward during that run, racking up a combined goal difference of 18-2, but they have also looked more than solid defensively with goalkeeper Kilian Schröcker in top form. Tandari & Co. currently have the second-best attack (29 goals scored) and the second-best defensive record (14 goals conceded) in the division.

The FCPS captain, Tamas Tandari, has also moved to within touching distance of the top of the Salzburg Regional League’s scoring charts and currently occupies third place with 11 goals, one behind the current leader, Marco Hödl of Austria Salzburg.

PERSONNEL SITUATION
Christian Ziege is still without the long-term injury absentee Denis Kahrimanovic (cruciate ligament). Sebastian Handlechner has already returned to team training. A late call will be made as to whether he is ready for a place in the squad for the game against Wals-Grünau.

STATEMENTS
Christian Ziege: Although it was an average performance from us against Bischofshofen, we deservedly kept our winning run going. We’re slowly starting to get elements of our play working automatically, which positively impacts our performance and invigorates our play. The last few weeks have been very intense for our team, but we will once again mobilise every ounce of energy at our disposal against Wals-Grünau and give it everything we have. Austria Salzburg and St. Johann still hold all the cards when it comes to the top two, but a home victory on Tuesday will give us another chance to quietly knock on the door – that’s the situation we want to be in!”