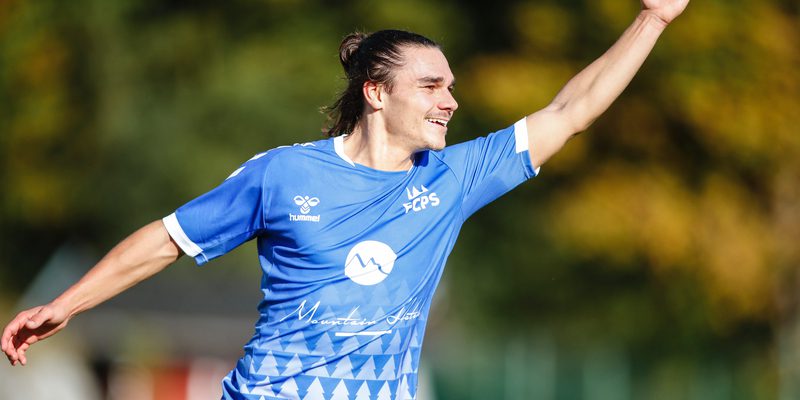 FC Pinzgau Saalfelden were irresistible as they put seven goals past USK Anif in a wonderful attacking performance at the Saalfelden Arena.

On a beautiful fall afternoon, the Ziege Crew began with intent but had to survive an early scare as an Anif player took a quick free-kick from 40 metres that almost surprised Kilian Schröcker – but fortunately the FCPS goalkeeper did just enough to keep the ball out of the net.

After that, the home side really got into their stride. Firstly, Christopher Fürstaller scored for a deserved lead before Joao Pedro increased the lead to 2-0 after a great touch and precise finish in the penalty area. Moments later, Jonas Schwaighofer produced his best Arjen Robbin impression to provide a third goal in a sensational opening 23 minutes of the game.

After the half hour mark, it was Schröcker again who made an impressive diving save to deny Anif. But this was as good as it got for the visitors, as Fürstaller produced a dream of a cross and Schwaighofer superbly headed in from distance to make it 4-0. Then, the five-star first half was completed with Tamas Tandari producing an impressive lob to make it five.

In the second half, the Pinzgauers controlled the action and showed refreshing offensive football as well as lovely possession of the ball. It was only a matter of time before Joao Pedro was played into the penalty area and the Brazilian took the ball perfectly to make it 6-0. In the closing stages, the post prevented a seventh goal after a lovely effort from Tandari.

The cherry on top of a wonderful performance came from Felix Adjei who hammered the ball into the top corner from 35 metres – a real rocket and a goal of the season contender. In the end, Christian Ziege’s team celebrated a more than deserved home victory.

“We are very satisfied with our performance today. We acted very courageously from the beginning and got into the transitions well. I’m pleased that our team was able to reward itself today and secure a clear victory. Seven goals don’t happen to a team every day, so this gives us a good dose of self-confidence for the next games,” said Christian Ziege.