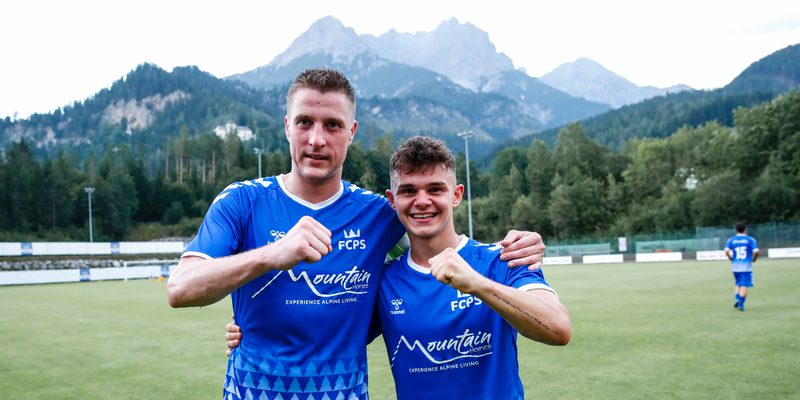 FC Pinzgau Saalfelden qualified for the quarter-finals of the SFV Landescup by comfortably beating SV Schwarzach 7-1 away from home in the fourth round on Tuesday evening.

Christian Ziege’s charges put themselves on course for a place in the next round early on, with captain Tamas Tandari deservedly opening the scoring from the penalty spot in the opening stages. The Mountainous Pine Blues capitalised on their early momentum by doubling the advantage a matter of minutes later. It was again our “goal-getter in-chief” Tandari who made it 2-0 with a lovely header. A more than pleasing first-half performance was then rounded off when Semir Gvozdjar found the back of the net with his first goal of the season to make it 3-0 by the interval.

The home side had a slightly better foothold in the game at the beginning of the second half and pulled a goal back through Marko Zekonja (67) during a spell in which they had the upper hand. But any hopes of a comeback were to be short-lived. Only a matter of moments after coming off the bench, Christopher Fürstaller added his name to the scoresheet. Tandari subsequently scored his third, fourth and fifth goals of the evening in the closing stages to secure a more than deserved 7-1 victory and book the Ziege Crew a place in the next round of the cup.

“We produced an unbelievably strong performance in the first half. It was only in the second half when we were a bit unsure of ourselves to begin with and had some problems from set-pieces and long throw-ins. It was during this spell that the opposition pulled a goal back. But we were able to turn it around quickly and more than deserved to win and advance to the next round. It was a great experience for my team,” said Christian Ziege.