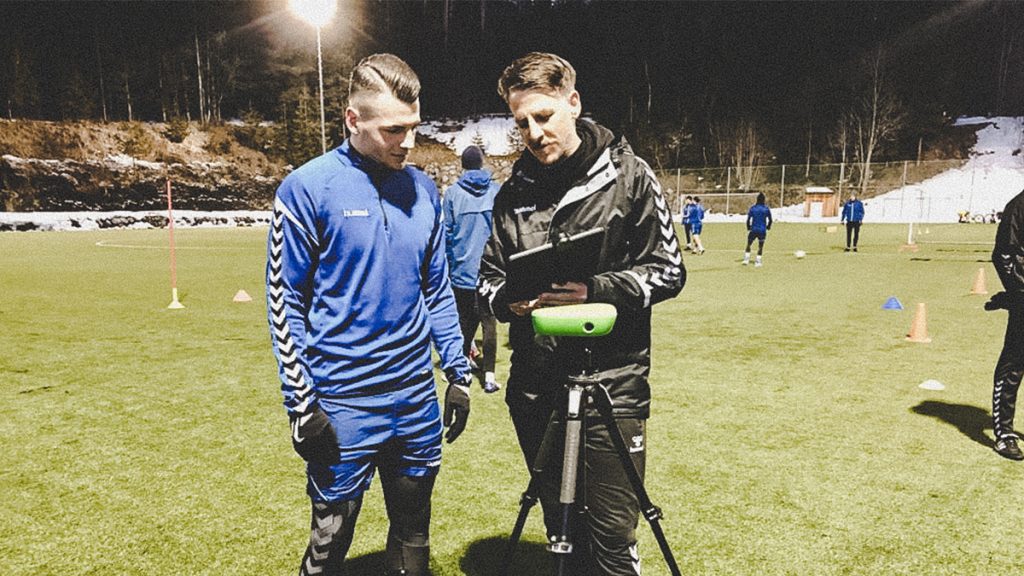 Alongside football, skiing was a big part of Mike Pilko’s childhood, yet things have moved in a very clear direction in recent years. However, let’s take things one step at a time:

It was a fractured vertebra that signalled the end of the Leoganger’s sporting dreams at an early age, and a tough time was in store for the now 42-year-old. “I couldn’t feel my feet for some time, which was anything but a pleasant situation. After a long time in rehab, someone recommended that I take up climbing. It helped me to stabilise my back, so I could really do a lot again. The muscles held it all together, but it was a very challenging period of my life that certainly left its mark on me” Pilko recalls.

During this phase, Mike began to experiment with filming sporting activities, a decision which began to pay off very quickly. At the beginning it was just a case of shooting action shots and videos of his friends, but it steadily became something more serious. A chance meeting with a man named Hans, from Austria’s state broadcaster ORF, would go on to have an impact on Pilko. They worked together for a long time, and it was Hans who planted an idea in Mike’s head, when he suggested that Pilko had all the necessary skills to go into business by himself. “I thought about it for a long time and had some sleepless nights. It was right at the time when we were building our house and my children were born. I have to say, I had previously worked as a programmer and so I had already built up a foundation for self-employment on the side – but in terms of timing, it never really seemed to work out. From that point of view, I just made a start, and I haven’t regretted that step for a second.” Since those beginnings, his clients have included companies from the domestic tourism industry, Red Bull, ORF Sport+ and many others.

The small camera with a big effect

Using a GoPro was a big step forward for Mike as an innovator. He was one of the first people in the Salzburg region to have a GoPro sent over from America many years ago. “I thought it was just a toy – but I really wanted to have it and test it out. I became very enthusiastic about it very quickly. Then, I started making cool action videos with it, and suddenly the tourist board approached me and asked me if I could make some kind of casual clips for them – they must have liked my style!” Pilko smiles, and adds: “Many people still have a hard time with it, they only decide after they’ve seen something similar. That’s why I always try to take steps forward, and strengthen and expand my USP.”

Coming back in a new capacity

There came a point when Mike Pilko returned to football and discovered his love for data and match analysis. He quickly completed the “Match Analysis in Amateur & Youth Football” certificate, and a university course on “Match Analysis in Professional Football” in addition to several coaching courses (UEFA B licence), where among others, a formative presence was Alexander Schmalhofer, someone who plays a major role behind the scenes at FC Red Bull Salzburg and is considered a tactical expert. “I worked my way into it further and further, and tried out a lot, also in the training of my three sons. In the beginning I drew everything into my editing programme, that was really a lot of work. Only later did I buy the right software, which made it easier. But it was especially the exchanges that I had with other participants during the courses that helped me the most – and that contact still exists today” explains Pilko, who has been working for FC Pinzgau Saalfelden as a co-trainer and video analyst for almost two years.

New territory for many players

Pilko, who carries out both individual and team analyses, has some interesting insight into the analysts’s role: “In today’s football, the co-trainer is the video analyst. It’s important to think the same way as the coach. There are two variants: Either I analyse only my own team or the opponent. In the beginning, we focused on our own players, but then we extended that to the other teams as well. It’s often only a matter of a few seconds, but you sit for a long time until you’re satisfied with the result. After all, everyone should understand it right away, and what we think should be conveyed easily! In our experience, every player reacts differently to it and needs it to be prepared differently – it’s all about small building blocks so that everyone can absorb the information.”

The 42-year-old is certain that there will be a lot more happening in this area in the future, especially in the amateur football sector, even if there is one big ‘but’: “Julian Nagelsmann from FC Bayern recently analysed the situation quite well. We have reached a point where you don’t have to completely dismantle everything. It’s still football, and you can’t predict everything. You have to know that there are limits, find a middle ground, so to speak, and maintain a certain flexibility. Arjen Robben is a perfect example: every defender knew what he was going to do – yet he outplayed the best defenders and still managed to finish.”

“A lot of this field is very mathematical and data-oriented, I’m also a data freak in a way, but everything is measured and targeted. Often players are only analysed on the basis of their data, and only in the second step do you deal with the person and how he does on the pitch – I think you have to find a good balance there,” says Pilko, who is regarded as an ambitious and reliable person and is open to new ideas and change.

FC Pinzgau Saalfelden’s co-trainer and video analyst has definitely gained a foothold in men’s football in the last two years, and was already in talks with a top professional club in Austria, but Corona put a stop to any move for the time being. As we all know, a postponement isn’t the same as an abandonment, and the dream of the Bundesliga definitely remains, Pilko makes no secret of that: “Of course you need goals, and I want to get ahead in what I do. At some point the next step will come, I’m sure of it!”

When the 42-year-old Pinzgau native is not analysing and editing videos, he likes to continue topping up his education, for example in scouting and nutrition in elite sport. In his everyday life, he gets his strength from nature. In the mountains and out on the snowboard, he finds his centre again and gathers the energy that he needs to stay dedicated to his work in football.