Tough Away Game In Pongau 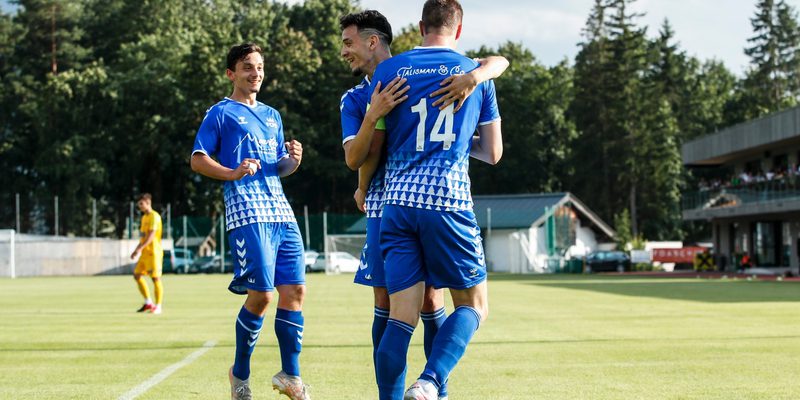 A clear victory over SC Bad Hofgastein in the SFV Landescup was followed by an important win against SAK 1914 at the weekend. The Mountainous Pine Blues will now be hoping to make it three from three against BSK 1933 by picking up their second league victory in a row. But the task awaiting FC Pinzgau Saalfelden is anything but simple. Having made a poor start with three defeats on the bounce, the men from Pongau have found their feet again in the last two rounds and have run out clear winners on both occasions following impressive performances.

STATEMENT
Christian Ziege: “After opening their season with three defeats, Bischofshofen have recently bounced back with two clean-sheet wins and have now found a certain flow. It will be important for us to build on the performance from the last home game and to get the victory over the line in our next match. We want to come away from Pongau with something tangible – and we will give everything for 90 minutes to get our first away win. But we’re all aware of the fact that it won’t be easy, and that we’ll be up against a really strong opponent.”