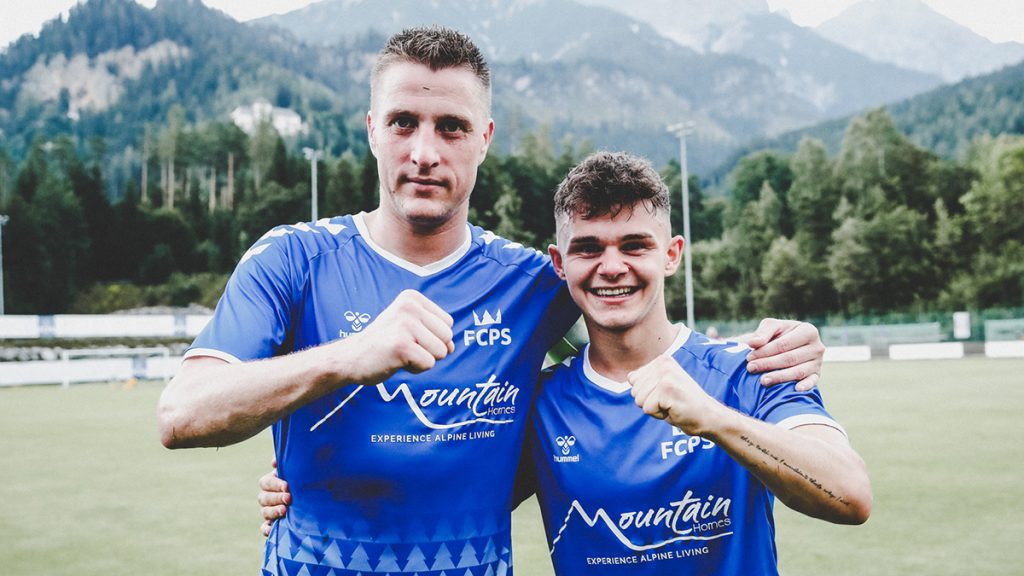 Founded in 1954, SV Kuchl spent their early existence languishing in the lower leagues and even lost 23-0 to ASK Salzburg – still a club-record defeat to this day – shortly after their formation. They did win four lower-league titles in the 40 years that followed, but the most successful chapters of their history came after the turn of the millennium.

They gained promotion to the Salzburger Liga, the fourth tier, in 2010 courtesy of a 7-3 victory over SV Schwarzach in the relegation/promotion play-off and then went up to the newly-created Regionalliga Salzburg in 2019.

Gerhard Struber, who took Austrian Bundesliga outfit Wolfsberger AC on a memorable Europa League run in 2019/20 and then coached English Championship club Barnsley before taking over at New York Red Bulls in the MLS, started his youth career at SV Kuchl.

FC Pinzgau Saalfelden boss Christian Ziege is still without Lukas Moosmann. He will be joined on the sidelines for this match by fellow midfielder Hasan Ibrahimi, who is suffering from muscular problems. There are also question marks over the involvement of defender Alessandro Ziege and winger Sebastian Handlechner.

SV Kuchl will start off their triple-header with FCPS – the two teams will meet in the league on consecutive weekends, with an SFV-Landescup quarter-final sandwiched in between – without suspended defenders Kilian Klimitsch and Raphael Fritzenwallner. Watch out for veteran forward Christoph Hübl, who has three goals in five appearances this spring.

The Mountainous Pine Blues, who sit in second place on 23 points, produced two encouraging displays either side of the Easter weekend: they were perhaps unlucky to be held to a 1-1 draw away in Bischofshofen, before claiming a 2-1 home victory against Anif this Monday.

A point and a place behind them are Kuchl, who have not won a match since the second round of the spring season. That 1-0 victory over Bischofshofen was followed by three successive draws and then a 2-0 defeat at the hands of Grödig in the last round.

FC Pinzgau Saalfelden have won five, drawn one and lost nine of their previous 15 meetings with SV Kuchl. Christian Ziege’s charges won their home game 1-0 earlier this season but suffered an agonising last-minute loss by the same scoreline in the away fixture.