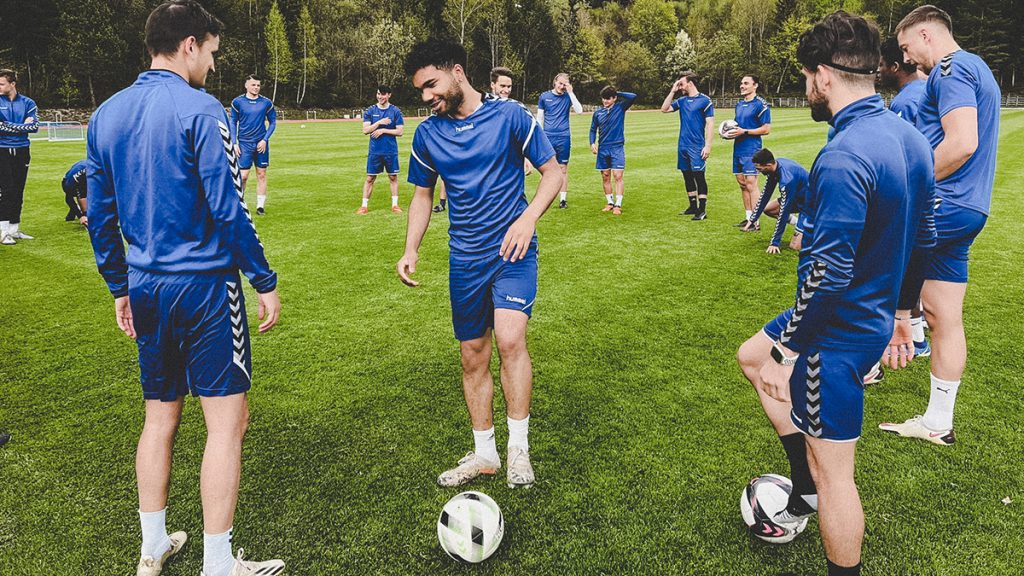 Though founded back in 1957, it has only been since the appointment of Franz Aigner as head coach in 2016 that SV Wals-Grünau have started to enjoy some noteworthy success. The St. Johann im Pongau native guided SVWG to a first-place finish in the Salzburger Liga in his first full season in charge and followed that up with seventh place in the Regionalliga West in 2017/18 – the best placement in the club’s history. But they could not maintain that form the following year and finished 12th in what was then a 16-team league. The last two seasons have been cut short by the coronavirus pandemic: at the time of cancellation, SVWG were fifth and last in the table respectively.

For the game against SV Wals-Grünau, several players are still missing. Christian Ziege once again won’t be able to call upon the services of the injured Hasan Ibrahimi or Joao Pedro, and David Rathgeb will also be unavailable on Saturday. In better news, Niklas Mühlbacher will be back in the matchday squad for the Mountainous Pine Blues.

After two tough losses on the bounce against SV Kuchl last week, FC Pinzgau came roaring back with a comprehensive 3-1 home win against the same opponents last Saturday, meaning they’ve taken two wins, two defeats and one draw from the last five fixtures in all competitions. Both of the victories in that period have come at the Saalfelden Arena, a trend which the Ziege Crew will be looking to extend on Saturday.

Opponents SV Wals-Grünau finished the fall season second-bottom, and were the division’s worst performers over the final nine games, with just one win and two draws. Since the Spring season got started, SVWG have only fallen away further, and now sit at the foot of the table on ten points, nine behind Bischofshofen SK. They are winless in the league in 2022, but have managed three draws from their last five games, and also recorded a 3-1 away win in the Cup Quarter Finals in their last game, so they’ll come into this match with renewed optimism.

With five wins and a draw from their last six meetings, it’s fair to say FC Pinzgau Saalfelden have fared well against SV Wals-Grünau in recent times. FCPS also have the superior overall head-to-head record with 12 wins, two draws and eight defeats. The most recent meeting means nothing though, as FCPS were awarded a 3-0 win for March’s game, given that SVWG were unable to fulfil the fixture.