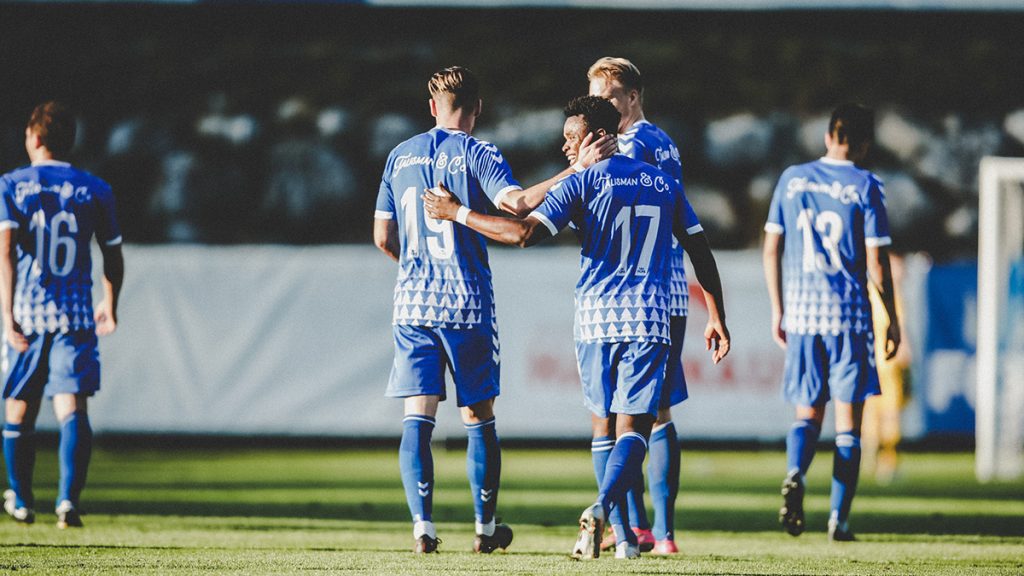 SV Grödig became a household name in Austrian football after gaining promotion to the Bundesliga in 2012/13. They finished third – ahead of the likes of Austria Vienna and Sturm Graz – in a stellar debut top-flight campaign under current Borussia Mönchengladbach coach Adi Hütter and even reached the Europa League preliminaries – but were eliminated on away goals in the third qualifying round by FC Zimbru Chișinău of Moldova.

Hütter subsequently joined perennial champions Salzburg. Without him, Grödig finished a lowly eighth the following season and were then relegated from the top division in 2015/16. But rather than playing in the second tier, they opted to forego their professional license due to financial reasons and have played in the regional leagues ever since. Grödig were fifth in the Regionalliga Salzburg last term before the season was cut short by the pandemic.

FC Pinzgau Saalfelden boss Christian Ziege will still be without the midfield duo of Hasan Ibrahimi and Joao Pedro, while defender Denis Kahrimanovic was sent off against Wals-Grünau and will begin a three-match ban that keeps him sidelined until the penultimate round of the season. But midfielder David Rathgeb is set to return to the squad and bolster the coach’s options as the league campaign enters the home stretch.

His SV Grödig counterpart Thomas Schnöll, who at 30 years of age became the youngest coach in the division when he replaced veteran boss Heimo Pfeifenberger at the end of the regular season, does not have any suspensions to contend with. His squad includes goalkeeper Stipo Colic, who kept goal for the Mountainous Pine Blues for three seasons across two spells before departing for the Das.Goldberg-Stadion last summer.

The Mountainous Pine Blues are currently top of the Regionalliga Salzburg form table, having taken 10 points – two more than any other club – from the last five rounds of matches. They have won all three home games during that period, claiming 2-1 and 3-1 victories against Anif and Kuchl respectively before thrashing Wals-Grünau 4-0 last time out. Only two points now separate Christian Ziege’s men and table-toppers Seekirchen.

While FCPS are flying high in second place, next opponents Grödig are languishing second from bottom in the table and have taken only two points from their last four league away games. That said, SVG are no pushovers on the road and have not lost by more than one goal on their travels since September last year. Thomas Schnöll’s men are not in any danger despite their lowly league position, as there will be no relegation from the division this season.

Grödig have the upper hand in this pairing with seven victories, while there have also been four Pinzgau wins and five draws. That said, the Mountainous Pine Blues have lost only one of the last six meetings between the teams. The reverse fixture at Das.Goldberg-Stadion in March ended 1-1, with Tamas Tandari rescuing a point for the visitors from the penalty spot.