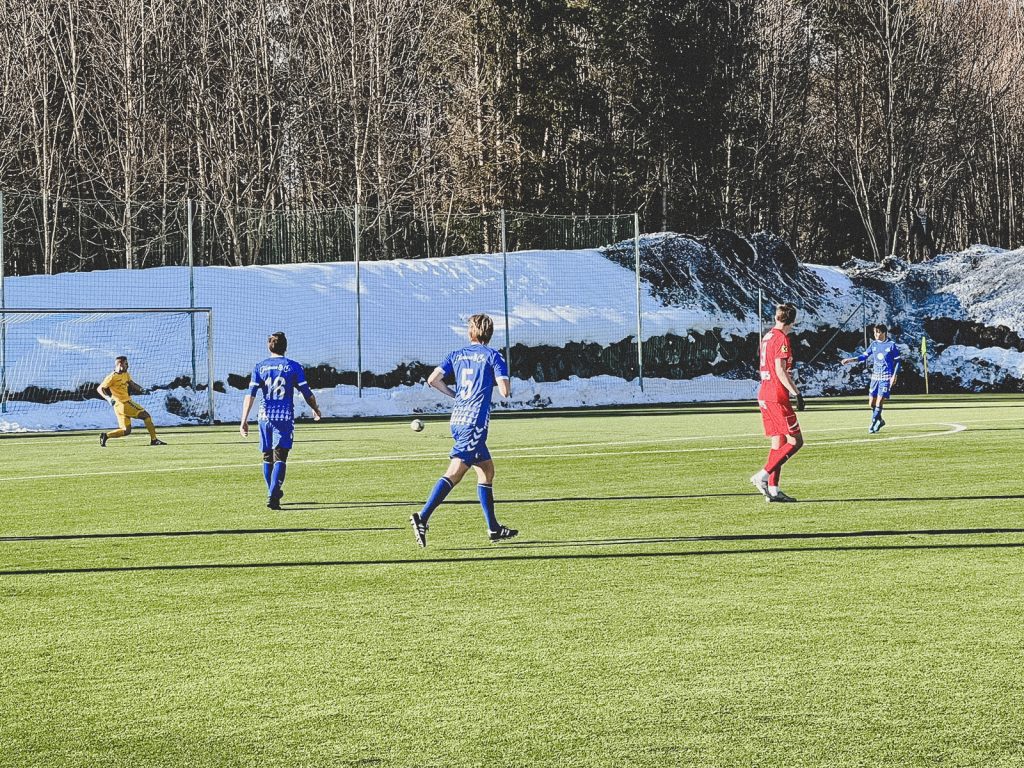 FC Pinzgau Saalfelden kicked off their mid-season friendlies by beating SC Kalsdorf 1-0 in bright sunshine. The winner was scored by captain Tamas Tandari, who headed home in the second half.

It was a lively encounter from the beginning and both teams had their moments going forward. After Alessandro Ziege registered the first attempt at goal, the visitors had their first chance – but could not convert it. Christian Ziege’s team gained the upper hand and had two more good opportunities through Semir Gvozdjar and Christopher Fürstaller. Following a good long-range shot by Joao Pedro, the home side’s goal again came under threat and their blushes were spared by the woodwork.

Both FC Pinzgau Saalfelden and SC Kalsdorf looked on their game going forward in the second period but frequently had coordination difficulties in defence. It was FCPS that created the best opportunity, however. A free-kick was whipped in, only for Sebastian Handlechner to miss the ball at the back post by inches. But the deadlock was finally broken on 75 minutes when Tamas Tandari met a precise cross with a header. His initial attempt struck the crossbar, but he was the quickest to respond and headed home the opener and winning goal at the second attempt.

“We’re very satisfied with the friendly today. We went about our business very well and played with focus against a strong opponent. Both teams were very good going forward but not always entirely solid defensively. We can build on this and will set our next points of focus in the next week of training,” commented head coach Christian Ziege.